The bicentennial experience – a crash course on Singapore’s history

A king accuses his wife of adultery and humiliates her in front of his court. A disgruntled father plots with foreign forces to take revenge on the king and defend his daughter’s honour. Betrayed with nowhere to turn to, the king flees to establish his rule in a nearby land.

No, this is not the plot of an episode from Game of Thrones. This happened in early Singapore, long before the time of British colonial masters and HDB flats, and when the island went by a different name.

Keen to find out more?

From Singapore to Singaporean: The Bicentennial Experience – a storied trip through Singapore’s 700-year history at Fort Canning – is the place to visit.

ENTRY INTO THE BICENTENNIAL EXPERIENCE

I found the waiting area for visitors to be well designed, with lots of seats for the old and young waiting for their turns. The organisers also prepared audio guides for non-English speakers, in Malay, Mandarin and Tamil, facilitating an all-inclusive experience for all. (Even though the audio guides were available on a first-come-first-served basis, I saw many available and doubt they would run out.) 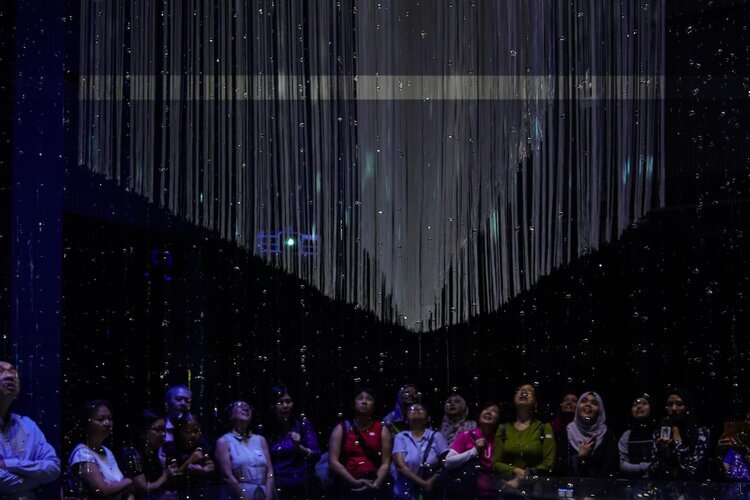 Time Traveller was split into five acts and served as a crash course on Singapore’s 700-year history. Like all good stories, the introduction immediately drew me in. To simulate travelling back in time, rain fell in reverse – this was achieved through the clever use of projections and lighting. The objective of this majestic multimedia weather installation was to educate visitors on the essential role of weather in the rise and fall of civilisations and cities like Singapore. This starting act was quite the hit, capturing the transfixed gaze of visitors. 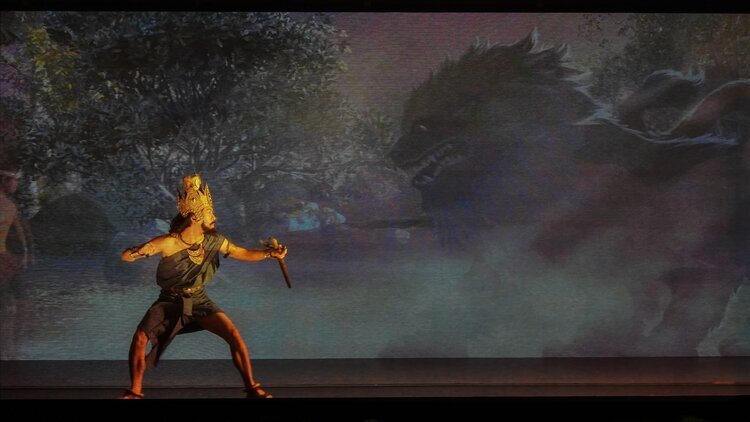 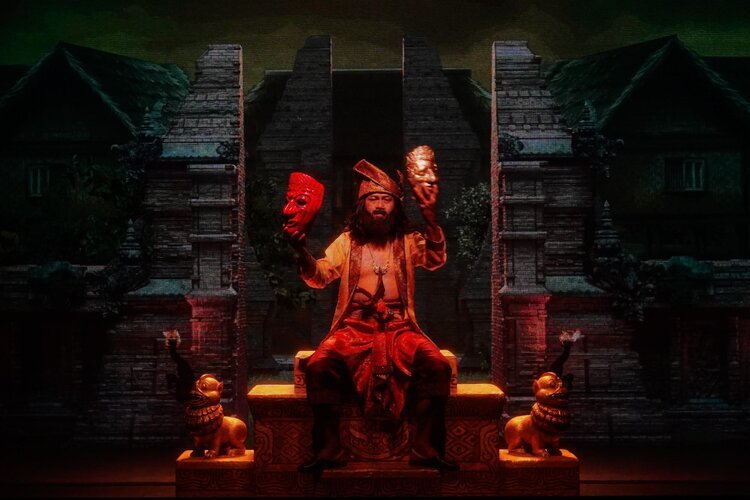 Act 1: Beginnings covered the history of early Singapura, about 300 years starting from Sang Nila Utama’s arrival in the 13th century. The photos here were taken of the performance where live actors reenacted the exploits of Singapura’s early kings. The performance was helped by a specially constructed travellator and multimedia projections that gave it energy and dynamism. 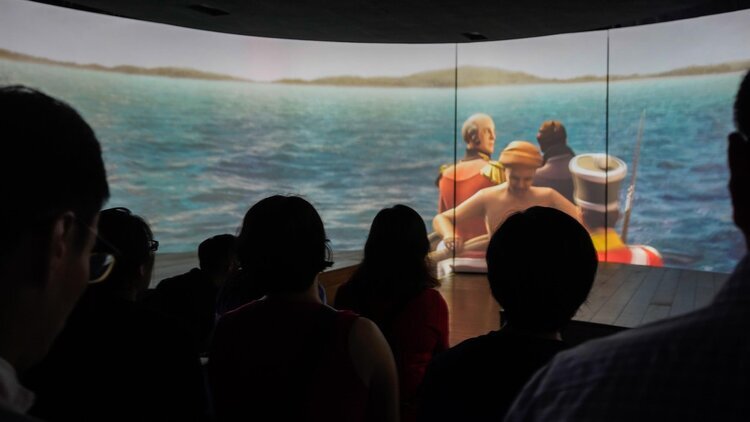 All hands-on deck! After the exciting exploits of the early Singapura kings, I set sail on board a ‘ship’ that told the oft-heard tale of how Raffles made his way to Singapore in 1819. The ‘ship’ itself was a room with a circular surround screen that showed a short film on Singapura’s transformation into a key British trading post. Interestingly, the short film was told from the point of view of indigenous wildlife. Through the movements on screen, I felt as if I was really on a boat, rising and falling with the waves. The ushers even reminded visitors who were prone to motion sickness to sit in the last two rows, while those who were the most adventurous were encouraged to sit in the front.

Just when I was about to stand up and leave for the next room, I was told to sit down by the ushers. The platform started to move and I was transported to the third act, with another short film covering Singapore’s progression from 1867 to 1941.

After the upbeat segment, I was ushered into the darkness of the next room, a simulated air shelter bunker, which was an apt metaphor for the correspondingly dark period of Singapore’s history. The lights were turned off and an audio commentary about the Japanese Occupation started playing. Though simple in delivery, the experience was still rather immersive and also fit the theme of the room well. Other than engaging one’s sight and hearing, the room was also filled with a musky stench, mimicking the true environment in an air shelter. 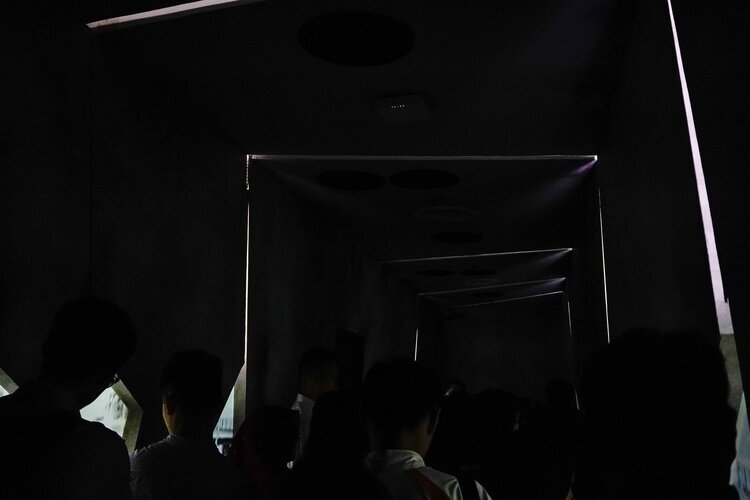 I was then led down a dark tunnel where screens that peeked out from ‘cracks’ in the wall gave me a glance of life during the Japanese Occupation. 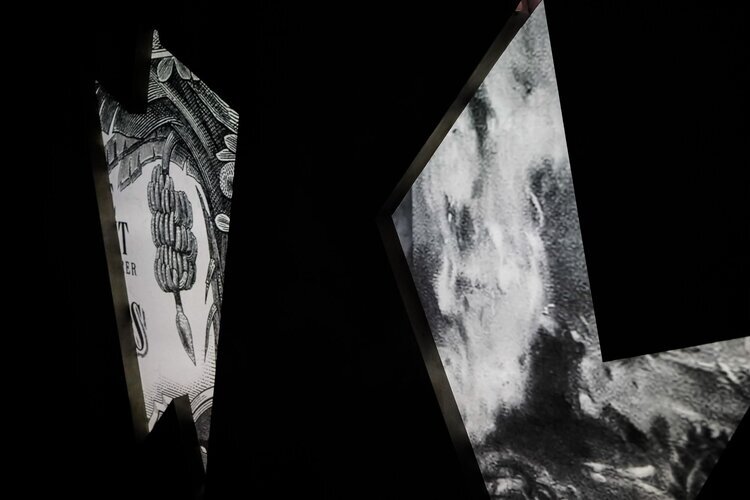 There was no light at the end of the tunnel as the act concluded with the harrowing story of how a survivor escaped the Sook Ching massacre. The video was taken from the perspective of the survivor, who narrated his personal experience of how he escaped.

As I emerged from the tunnel and the darkness of World War II, I heard the sound of what seemed like rain. 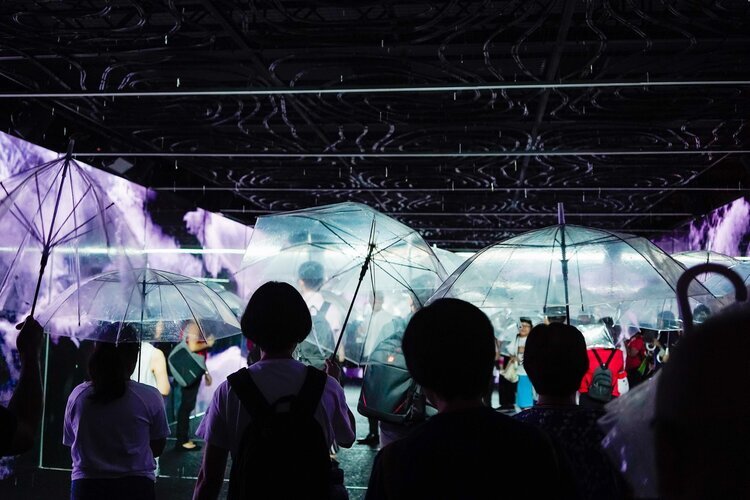 The next and final act was a room where water was pouring down from the ceiling to simulate a refreshing rainstorm. We were given umbrellas, which we opened and held up as we viewed the multimedia presentation before us. 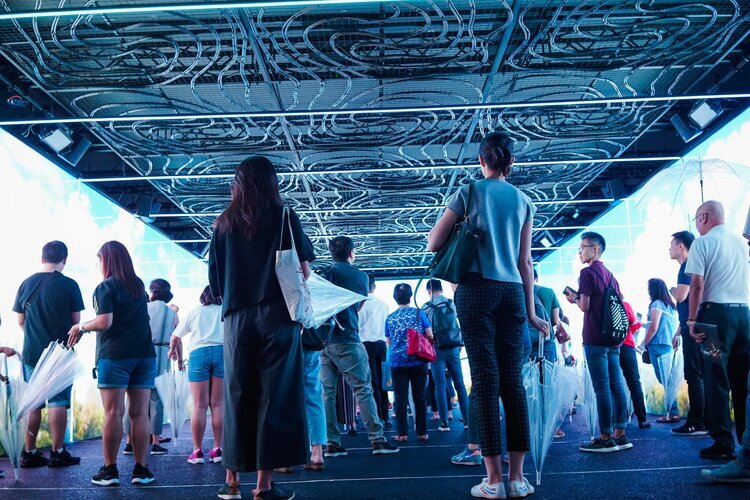 The presentation, which covered the history of Singapore from the 1950s to the present, was engaging and dynamic. The combination of the ‘rain’, lights and multimedia presentation was a powerful climax that evoked fuzzy feelings about Singapore.

This concluded the Time Traveler section. 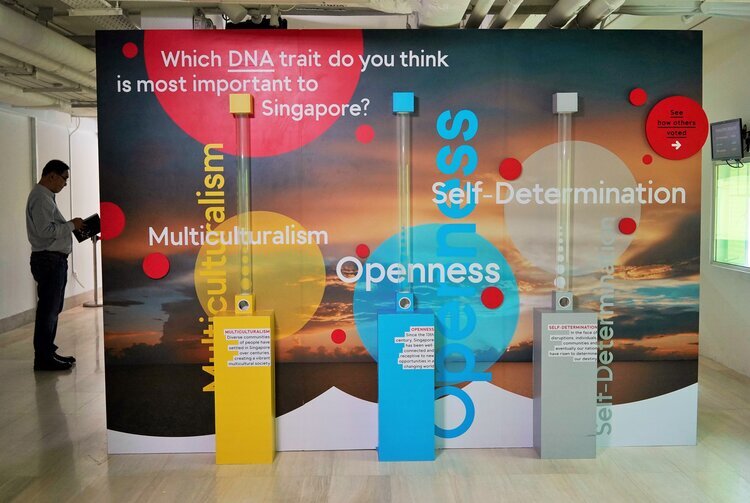 At the end of the journey, we were encouraged to vote for what we thought was the most important for Singapore’s success. We could also see how the rest of the visitors had voted. This was a simple installation to solicit responses from visitors, but I thought it was also meant as an emotional outlet – to allow visitors to leave behind all intense emotions from the experience as they transitioned back to the real world.

I’m glad that The Bicentennial Experience has been extended to end December. If not, I would have missed it. This show is appropriate for Singaporeans young and old and it serves as a good primer for those who want to find out more about Singapore’s past.

Going by the rate the tickets have been snapped up the minute they are released, The Bicentennial Experience is definitely very popular. Do book your tickets fast!

Do note that the Time Traveller section is suitable only for kids five years and above.

If you are interested in experiencing this, you’ll be glad to know that The Bicentennial Experience has been extended until 31 December 2019. You can book your tickets here.

Details are as follows:

At HOL, we have the experience and expertise to help you tell your brand’s story in this compelling manner. When you’re planning yours, be sure to keep us in mind!